Berekum College of Education is located at the south-eastern part of Berekum, opposite the office of cocoa extension service on the Berekum-Sunyani Road. The College which was established as a men’s Training College in February 1953, took off with a Two-Year Post Middle Certificate `B` programme till 1961, when a Four-Year Post Middle Certificate `A` programme was introduced.

A Two-Year Specialist programme in Mathematics was introduced in 1964. This programme was however transferred to Winneba in 1966. The college became a co-educational institution when women were admitted in 1965

Meanwhile, a Girls Secondary School was established in 1972, and this was attached to the training college, which had been turned into a female Training College by then. Male students were re-admitted into the college in 1974. The Girls Secondary School was therefore removed in 1975. A Three Year Post-secondary programme was also introduced in that same year. Again the Four-year Post Middle course was re-introduced to run alongside the Post-Secondary Course. In 1984, a modular programme for untrained teachers was introduced to upgrade untrained teachers in primary schools to Certificate ‘A’. The Four-Year Post-Middle Certificate `A` programme was finally phased out in 1992.

Following the policy of government to make Diploma in Basic Education the minimum qualification for teaching in basic schools, the College began a Diploma in Basic Education (DBE) programme in October 2005. However, the National Accreditation Board granted the college accreditation to run the diploma programme in October, 2007. The first batch of the Diploma graduates passed out in July, 2007.

Further in 2018, through the implementation of Educational Reforms, all the 46 colleges of education were placed under the mentorship of the traditional universities for mentorship to run a Four Year Bachelor of Education Degree programme. The College was again placed under the mentorship of University of Cape Coast to run, B.Ed. Primary Education, B.Ed. Junior High School Education and B.Ed. Early Childhood Education. The First Batch of these B.Ed. programme have been scheduled to pass out in December, 2022.

An icon of excellence in teacher education.

To produce competent, dedicated, creative and innovative teachers who would inspire, motivate and bring out the best in their pupils in the basic schools, through pre-service and in-service training.

Roll of Past Principals of the college 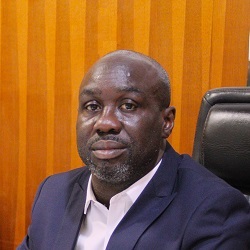